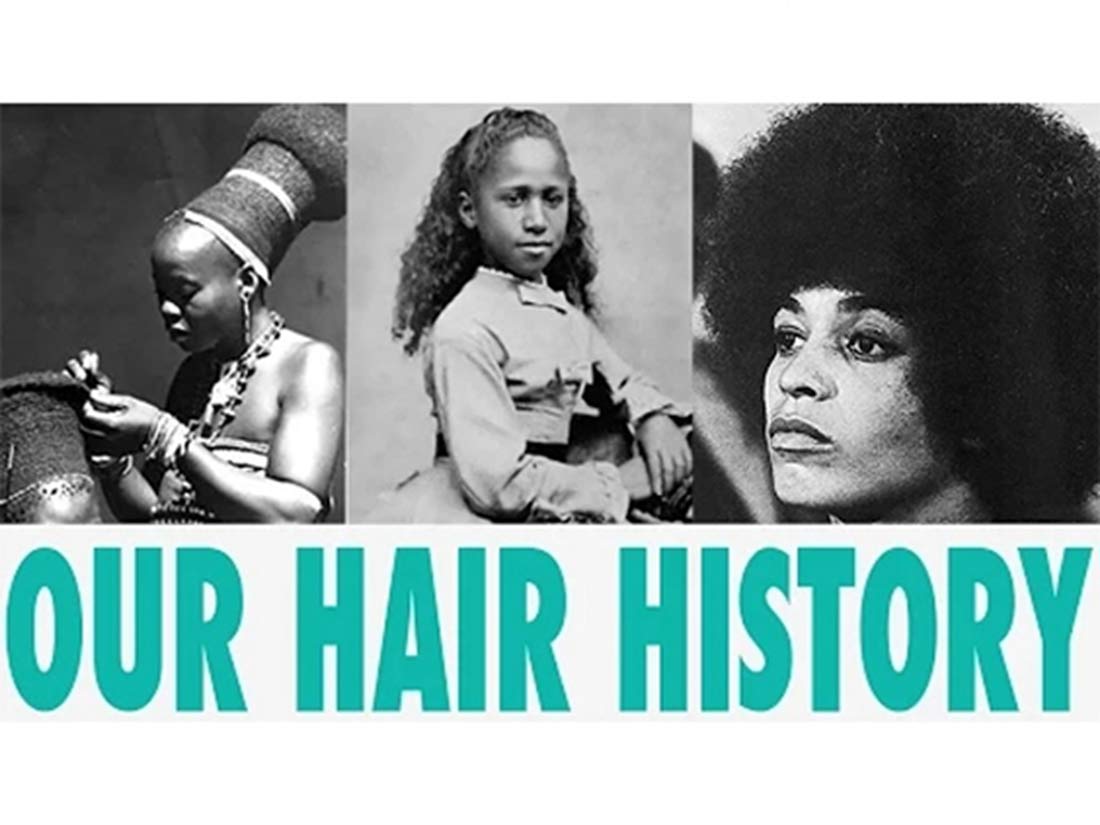 Black hair has evolved through the ages and undeniably helped to shape the multifaceted landscape of what hair and its beauty has to represent. It has set the template for various conversations that involve politics, social commentary and cultural identity. The conversation of black hair has evolved out of ancient history and continues to be a subject of interest in modern times too.

In ancient times afro hair was celebrated, marvelled and adored just as much as it is today.
Ancient Egypt gives us some clues as to how African hair was maintained.
Due to the hot climate ancient Egyptians were known to shave their hair, however they rarely showed their bald heads off in public.

In their day to day endeavours such as going to work or on social occasions, wigs were worn. Typically these hairpieces would be adorned with gold amulets and hair jewels. Other styles included braids, locks, twist and curls which were maintained by using various oils and balms such as olive oil, lavender, avocado and jasmine extracts, formulated by the chemists of the day.

Braided Afro hair in today’s society is very much the norm. Sported by both women and men, these hairstyles are typically described as a “protective hair style”. Cornrows, a popular braid style, are weaved in an elongated braid across the scalp often forming the foundation for elaborate hairstyles, ranging from the “pineapple”, “Mohawk” and side cornrows.
These protective hairstyles are popular because they are low maintenance, easy to manage and can last for several weeks.
Recent trends such Fulani Braids, threaded hair and Bantu Knots, have their origins in ancient Africa too. “Fulani braids” a hairstyle of uniquely patterned braids and beads are inspired by the nomadic Fulani people of West Africa and the Bantu Knots a hairstyle of twisted coiled buns, are attributed to the Bantu’s of East and Southern Africa 20th Century Afro hair.

From the 1900 to the 1950’s Afro hair went through various changes, mainly because of social conditions. Afro hair was deemed unmanageable, owing to the subconscious desire to obtain manageable hair that suited the European standard. There was various innovations sought after, in order achieve “desirable” hair by the black community and one woman, Madam C.J. Walker made history from capitalising on this need and as a result became the first female American self-made millionaire by producing hair products for the black community.
By the 1960- 70s, social and political issues had an impact on how black people chose to wear their hair and the “Afro” became a statement of cultural identity.

As the 1980s approached and further into the nineties, afro hair could be seen going through another stage of innovation. Popular hair styles such as the jeri curl, perms and softer cuts were seen as the mainstream standard of the era and probably not as radical as its “Afro” predecessor due to its political connotations and therefore were more accepted in a typical white collar working environment.

The Millennium and beyond

By the turn of the new millennium, the black hair care industry had become a multi-billion dollar empire which continues to rise. As society enters into a new decade, braids, wigs and weaves seem to be taking centre stage as many people lean towards a more “natural” look.

The” Natural Hair Movement” has seen a revival in the last decade, due to the internet where people are able to research ingredients for their hair, as well as engage with bloggers and celebrities that inspire current hair trends.